We are coming up on April, a fraught month for autism parents like me, who want to raise awareness about autism, but don't want to further the stigmatization of their own kids. I recently wrote a post (which you should read, if you have not) that touched on why I don't support Autism Speaks or their particular brand of alarmist and dehumanizing rhetoric, but there's an important angle I didn't address.

Namely, the enormous harm that rhetoric does to the parents^ of autistic kids, in particular those parents whose kids have not yet been diagnosed. Let me explain.

Flynn has a friend* who . . . shares some similarities with him.  With the caveat that I'm really not sure the other little boy is autistic, that I'm not a doctor, etc., etc., here's what I've observed directly and learned from his parents: Extreme clothing sensitivities (mom says there are 2 pairs of pants he will wear, everything else is too rough). Food limitations. Sleep issues. Does an amazing happy flappy dance (maybe he learned this from Flynn?). Very rigid parameters of "acceptable" play, including very limited "pretend" play, according to his mother.  Super smart.

Sounds . . . pretty damn familiar.  It's checking a lot of boxes. Again, I don't know the full story, but let's pretend, just for the sake of argument, that he's on the spectrum.  What would the ideal thing be for me to do?

Well... What would I want, if it were my kid?  I would want someone to say, "Hey, that sounds really familiar - my son has all of those issues and we found out they were all related to his autism.  Maybe get that checked out?"  Totally reasonable, right? It's exactly what you'd do if you suspected the kid had a food allergy or asthma, or something, right?

Okay, so I'll just do that.  *Dials their number.

Because I know exactly how that little boy's parents would react if I said those words.  The wife and I have made these attempts in the past. The most inoffensive, bland, vanilla comments possible....

"HOW DARE YOU!" "TOTALLY INAPPROPRIATE!"  "MY CHILD IS NOTHING LIKE THAT!"

That is the reality of autism awareness today.  And why do we think parents react like that?  Why did I immediately turn into a teary, emotional mess when Flynn got diagnosed, despite the fact that he was (and still is) obviously brilliant and an awesome kid?  This was my reaction when Flynn was diagnosed.  I was such a n00b, not to mention a total mess.

And that's because raising "autism awareness" isn't the goal.

Raising money is the goal.

If you actually want to increase "autism awareness," then autism parents, in particular those with kids who are not yet diagnosed, need be able to recognize their kid in the description of what autism looks like.  And no one recognizes a tragedy, because no one sees their kid that way.

A diagnosis can help give parents the tools to understand their child. A diagnosis can let you in on the secret of how that child experiences the world. A good early diagnosis is fucking vital for both parent and child.  The other day I was talking to someone about Flynn's behavior before his diagnosis and I nearly had a panic attack. I consistently made both of our lives miserable, because I didn't know why he was reacting to "normal" discipline in such an "abnormal" manner. This post at Diary of a Mom sums up my daily experiences from that time pretty nicely.

Post-diagnosis, I know that a suggestion that my kid might be autistic is the farthest possible thing from an insult. It's an offer of solidarity and support. My son's neurology isn't a death sentence or a tragedy. He's fine. We're fine. What he needs is a world that acknowledges his differences and says, "That's cool - I can handle that."

So this April, I'm not going to light it up blue for autism awareness. Instead, like all the cool kids, I'll be trying to increase acceptance of autistic differences. Because this kid is awesome. 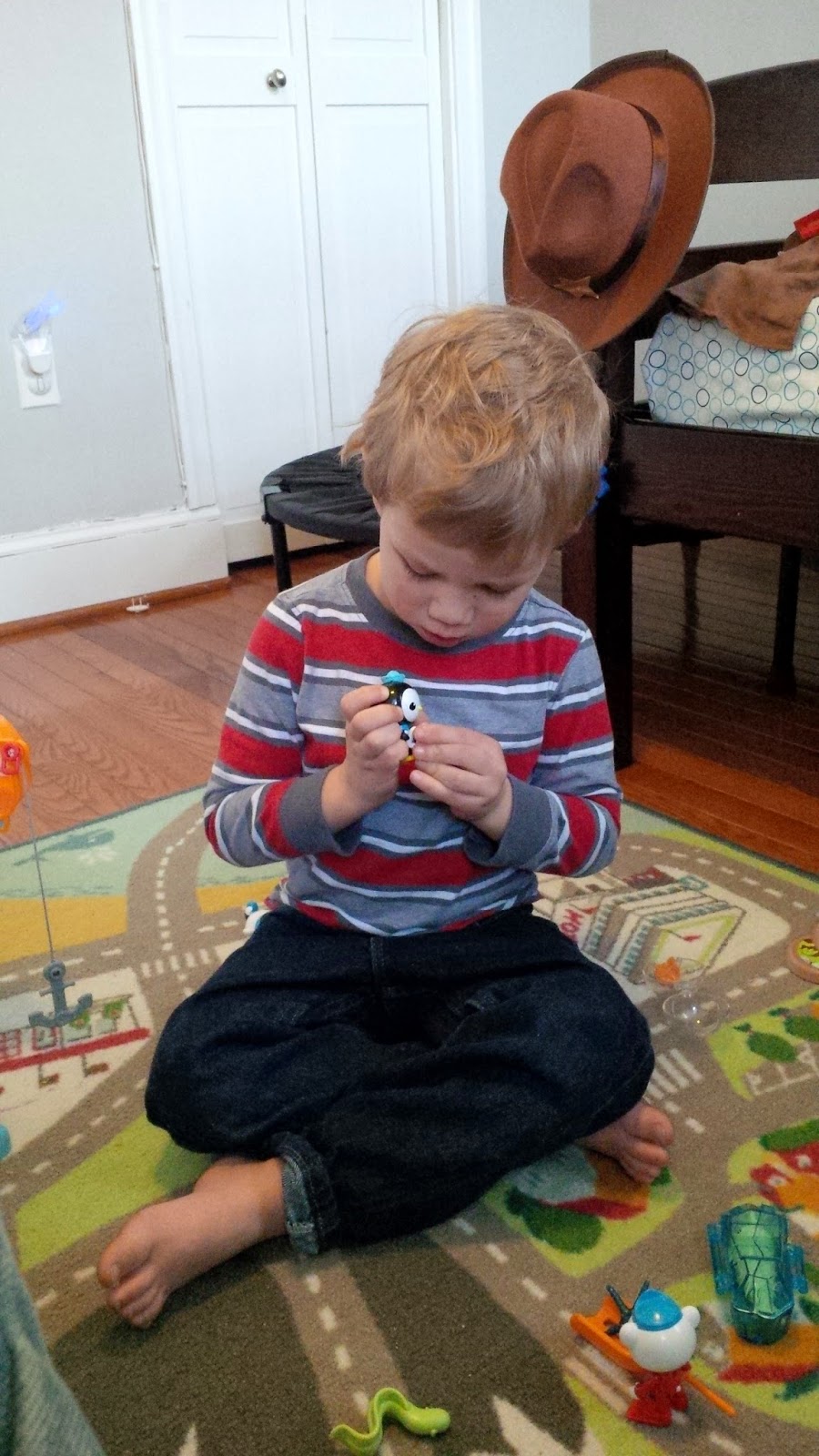 ^ And of course, the harm to parents flows directly to the autistic kids themselves.
* Actually, Flynn has at least 4 friends, both male and female, who exhibit potential autistic traits, including the ones I listed above.  None of these children are diagnosed.
Posted by AG at 5:12 PM

AG
I'm an autism dad, just living the dream. For much more content and semi-daily posts, check out my facebook page: https://www.facebook.com/spectralzone